Written by Kevin Lehane and directed by Jon Wright, “Grabbers” is an Irish horror comedy about a small Irish Isle besieged by tentacled aliens that harbor a thirst for blood. I didn’t watch this film with the aim to write a review about it, but I enjoyed it so much that I thought it would be good to spread this title around and get more eyeballs on it. The premise of the film is simple enough, the small island has a police force of two and when the captain goes on holiday for two weeks a rookie from Dublin signs up to fill his shoes for the duration of his vacation while the second in command, Ciarán O’Shea (Richard Coyle), is a washed up  drunk who doesn’t take kindly to the newcomer. Lisa Nolan (Ruth Bradley) is the workaholic to O’Shea’s alcoholic and they awkwardly go about their duties once she’s settled on the isle. They quickly come across a bunch of beached whales with strange deep cuts all over them, the local scientist Smith (Russell Tovey) notes that they died at sea, curiously. 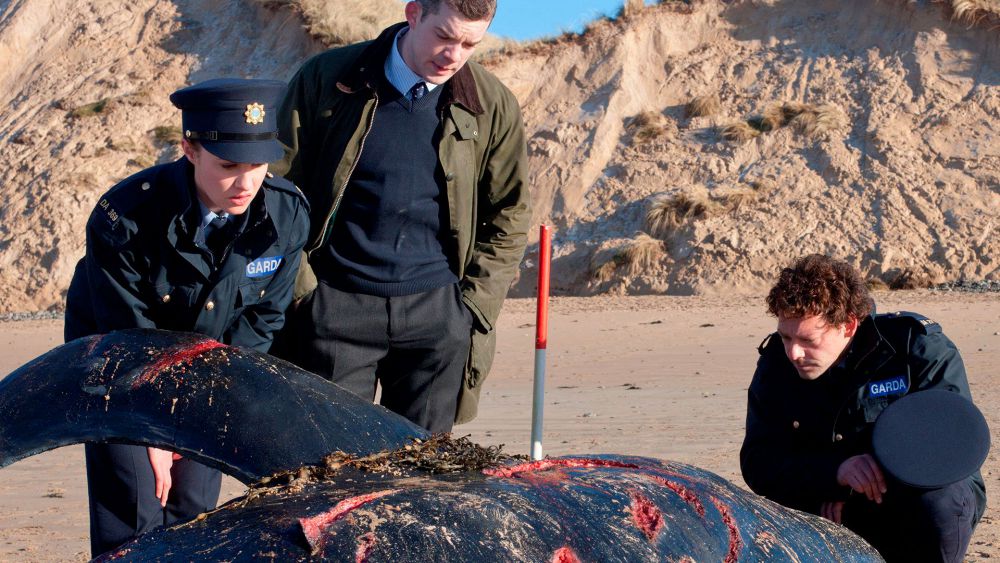 One of the local fishermen, Paddy (Lalor Roddy) traps one of the strange creatures while out on a trawling run and brags about it to O’Shea while at the pub. One thing leads to another and the odd couple police force brings the captured squid-like creature to the local doctor (Pascal Scott) to find out what it might be, but even he has no idea forcing a return to Smith’s laboratory where they discover the creature’s weakness despite its unknown origin. Alcohol. Since the creatures need water and blood to thrive a victim with a high enough blood alcohol concentration causes the aliens to foam at the beak and writhe to death. With a particularly nasty storm coming making evacuation off the island impossible til the morning the ragtag group assembles the island residents to the pub to last through the night. 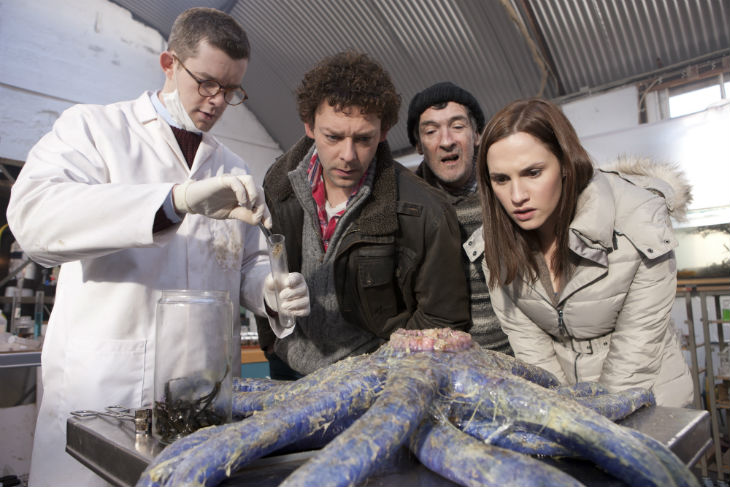 The film gleefully embraces the cliches of its setting and the genre mashup tropes of Irish drunkenness, small town life, and the briny fishermen known to own their rebellious spirits while enjoying a pint or two more than is recommended. The film may be somewhat predictable but the actors leading the charge are effectively charming enough that I personally was having enough of a good time that this was less of an issue for me. The CGI for the creatures was effective in that they never seemed too goofy looking and once they start to grow, they’re malice enlarges with them. If you enjoy a good horror comedy, I suggest seeking this one out, it playfully acknowledges itself and the common tropes of similar movies, but it’s unique enough to stand out from the crowd.

Final Score: Two cops, a scientist, a doctor, and a pub