Written by Andrei Tarkovsky and Aleksandr Misharin and directed by Tarkovsky in 1975, “The Mirror” is a hell of a head trip if you haven’t ever heard of the Russian filmmaker and dived headfirst into this film without any context like I did. The other day I was looking through the Filmstruck catalog and decided to look into more foreign films, it’s an area of storytelling that I’m rather lacking in to be honest, and found Russian filmmaker Andrei Tarkovsky. Skimming through his seven feature films I noticed “Solaris”, perhaps remembering the title from somewhere or sometime-but instead opted for “The Mirror” as it was an hour shorter. Ironically in an effort to save time I chose a film that required roughly two hours of light research and article skimming to understand. 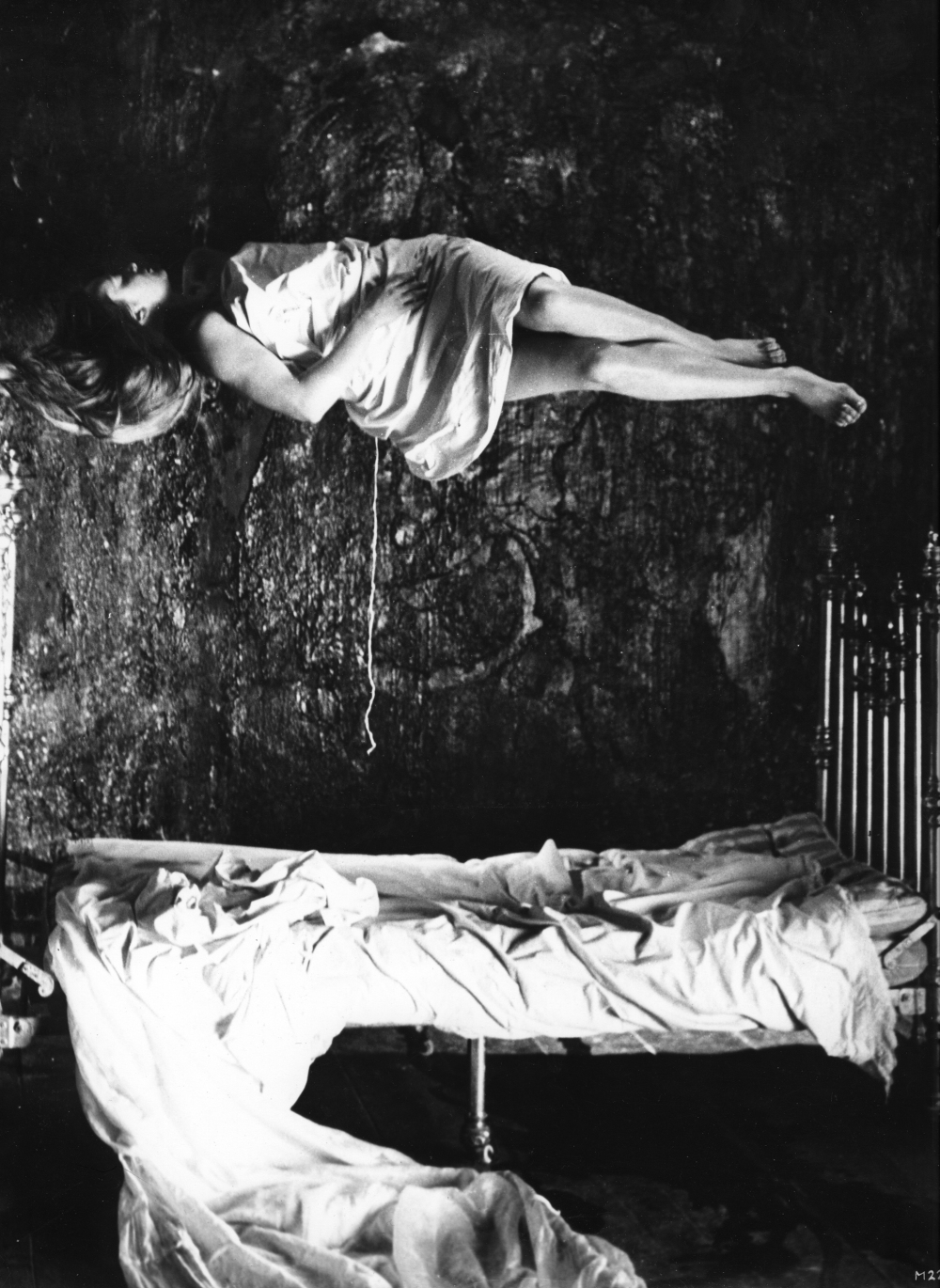 “The Mirror” is an intensely personal film for Tarkovsky. The film is part autobiography, part fiction, and part pure visual storytelling. This film is very abstract. It plays with time, reality, and scenes sometimes play out in black and white, other times in sepia-tone, and sometimes just in plain old color. The film is told through three separate timelines, pre-war, war-time, and post-war in Russia with many sequences being directly lifted from the filmmaker’s life. Fleeing Moscow to live with relatives in the countryside in his youth was a big part of the pre-war phase. Tarkovsky’s father was a well known poet, and you can most definitely see that influence. There are many slow and meditative shots revealing nature and people intermingling, like in one of the opening scenes where the Doctor who asked for directions gazes back towards Tarkovsky’s mothers’ house in the countryside as wind sweeps and bellows along the fields of buck wheat that Tarkovsky had planted for the film. The main character-whose face remains unseen throughout the film and is to be a reflection of Tarkovsy himself- narrates from off-screen throughout many sequences, although there are a few narrations weaved into the film where Tarkovsky’s father recites his own poetry over select scenes. 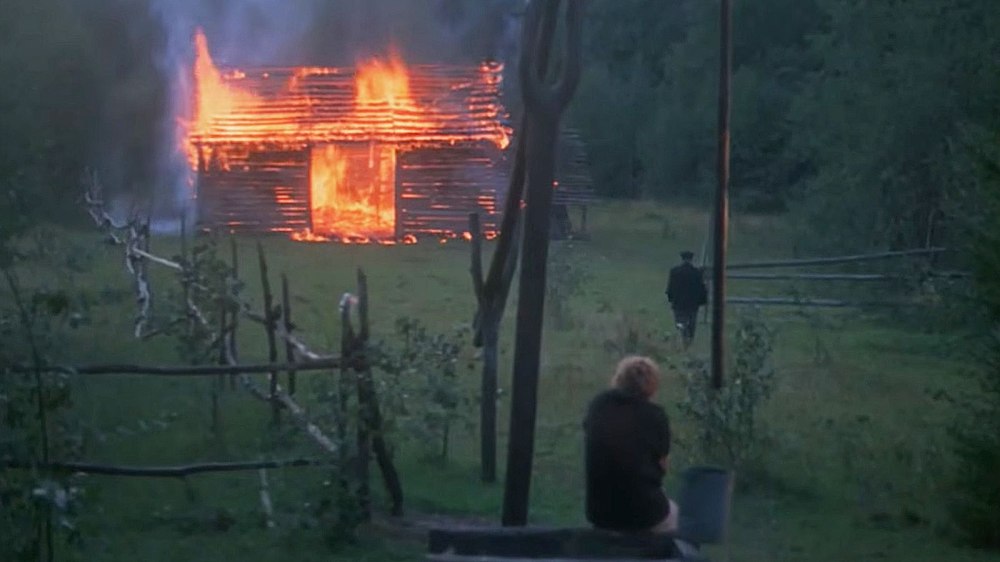 Tarkovsky here has essentially made a stream of consciousness film. It is about a man reflecting on his life as he lay dying from illness, and in that way you can absorb and view these scenes from this character’s perspective. Even though we are never properly introduced to the character we know him deeply by the time we see him caressing a bird before letting it fly away near the end of the film. What makes the film hard to digest on first viewing, besides it’s incredibly nonlinear narrative and plot structure, is that Tarkovsky had cast two actors to play two different roles. Margarita Terekhova plays Natalia, the ex-wife of the adult Aleksei (Tarakovsky’s representation of himself) and Aleksei’s Mother, Maria, in the pre-war era as well. On top of that Maria also goes by Masha or Marusya at times. The child actor, Ignat Daniltsev, plays the 12 year old Aleksei and also Aleksei’s son Ignat later in the post-war era as well. There’s also the fact that Tarkovsky inserts real newsreel footage of wartime with Russia, China and Germany depicting border spats with China and immensely crowded walkways and protests and other more mundane footage of Russian soldiers moving large floating structures piled high with perishables and goods through ankle high water with no destination in sight. 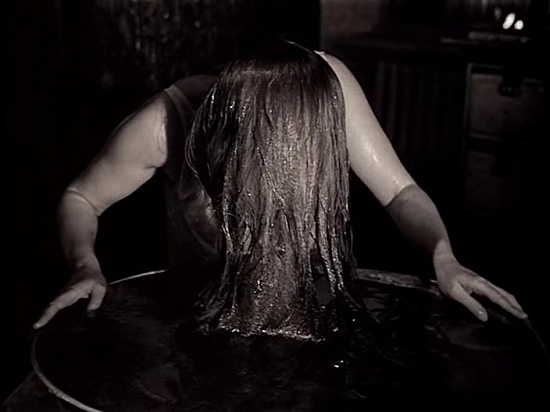 In my mild research of the film I came across a sentiment that perfectly said what I could not in how to approach this film, I have a link to the website at the bottom of the review if this has piqued your interest for more information about “The Mirror”, “I realised that the best approach when watching this film is a simple one. To not try to dissect what each scene means per say but to try to understand the underlying themes of the film which involve adolescent love, pain, abandonment and emotional trauma“(http://www.classicartfilms.com/mirror-the-1975). This was an interesting departure from what I normally view and I encourage others to go and watch something that you know you wouldn’t normally choose, it’s good to get a different perspective. “The Mirror” was captivating in a few ways for me personally, but this is definitely not a film that will fit everyone’s tastes. The director knew that when making the film. He cared not for the box office predictions or numbers, not for the critical response that he would receive good or bad, he just created, and that is something that I can appreciate. However if you viewed this film and still have no idea what was even going on, fret not, for even Tarkovsky himself wasn’t entirely sure of the purpose or meaning of some scenes, “There are many complications there which I don’t even completely understand myself. For example, it was very important for me to have my mother in some scenes. There is one episode in the film in which the boy, Ignat, is sitting…not Ignat…what was his name?…the author’s son, he is sitting in his father’s empty room, in the present, in our times….And as he is sitting there we hear the doorbell, he opens the door. This is my mother. And she is the grandmother of this boy who opens the door for her. But why doesn’t she recognise him, why doesn’t the grandson recognize her?…one has completely no idea. That is…firstly, this wasn’t explained by the plot, in the screenplay, and secondly…even for me this was unclear.” (http://www.classicartfilms.com/mirror-the-1975) 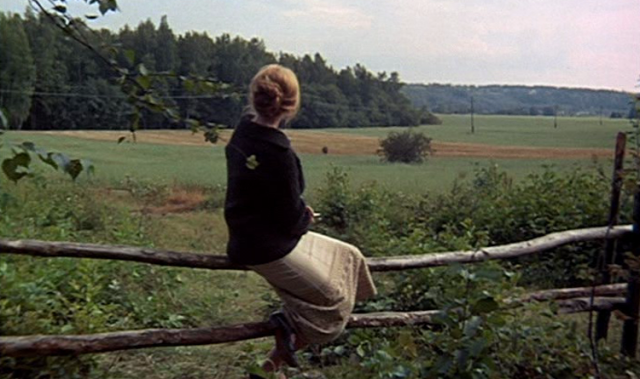 Final Score: The Dreams, Past, & Future of 1 man

*For more analysis check out this site below, it helped me immensely in sorting out the film’s themes and ideas in play: