Written and directed by S. Craig Zahler, “Brawl in Cell Block 99” is a film in which Vince Vaughn stars as Bradley, an auto mechanic with a streak of bad luck that ends him up in prison. After being fired from his job and coming home to find out that his wife (Jennifer Carpenter) was engaged in an affair Bradley takes stock of his life and decides to work for an old friend running drugs, just until they can afford a better life to start again. Fast forward eighteen months and his scheme worked, he has a strict system about his drug running and his efficiency has afforded the married couple a decent house along with a pregnancy that drives Bradley throughout the rest of the film. 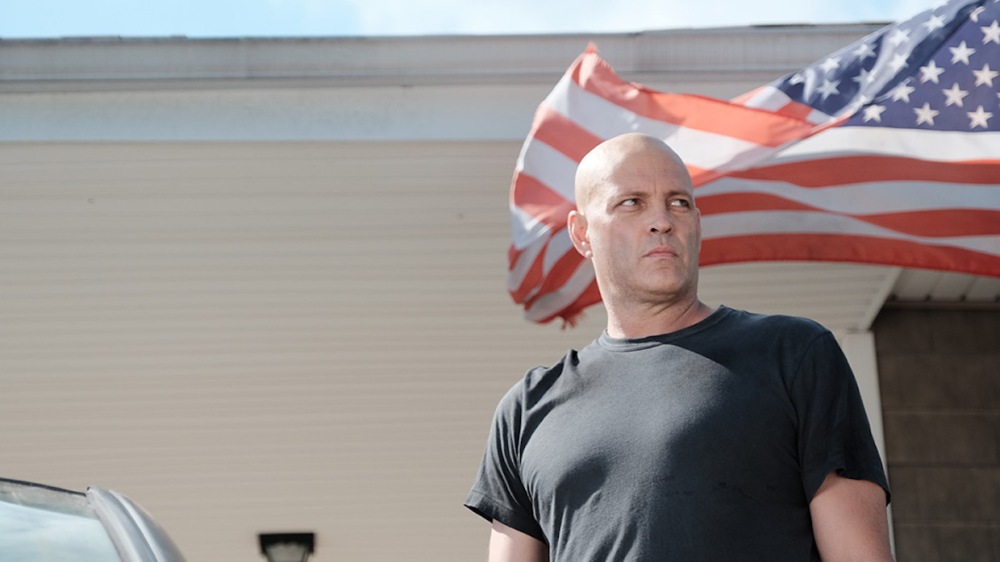 However, since the title of the film is “Brawl in Cell Block 99” we know that the film has to take a downward turn, and it is quite the spiral of increasingly awful situations. It begins with Gil (Marc Blucas), Bradley’s drug running boss and friend, setting up a new business deal with a group of Mexican gangsters equally invested in the drug game. Bradley quickly assesses the men he is to work with on the next run and declines to work with one that he suspects is using, but Gil pulls him aside noting that the deal needs to go through for financial reasons and sweetens the deal for Bradley with a three month leave once his daughter is born. As you might expect, the deal goes awry when the runner that Bradley had pointed out earlier refuses to drop the drugs to be picked up later when the police arrive and a shootout blazes between them and the two henchmen from the Mexican gang. 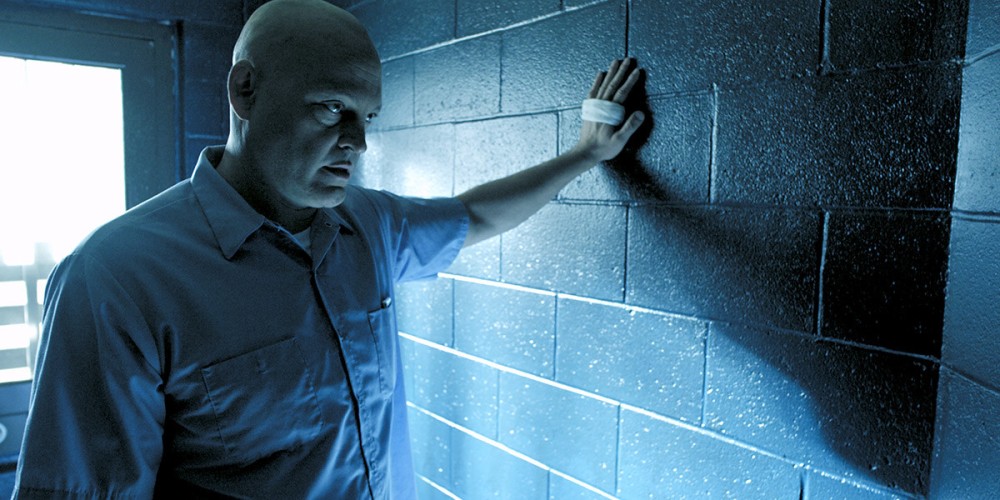 Bradley intervenes and gets sent straight to prison for a seven year sentence. Once inside he’s met by a representative of the Mexican Cartel (though admittedly I’m not sure if they were meant to be representative of the Cartel specifically) who informs him of the massive net loss that his boss took because of the botched drug deal. He expects Bradley to set this straight by killing a marked target of the Cartel who’s locked away in the maximum security facility of Redleaf, in cell block 99. If he doesn’t kill the target, the associates of the Cartel leader, who had already kidnapped Bradley’s wife, will sever the limbs of his unborn child in such a way that the child will still live through the birthing process. Thus Bradley must become infamous enough to get placed in Redleaf, and then he must become even more deadly to work his way into Cell Block 99 to save his family. 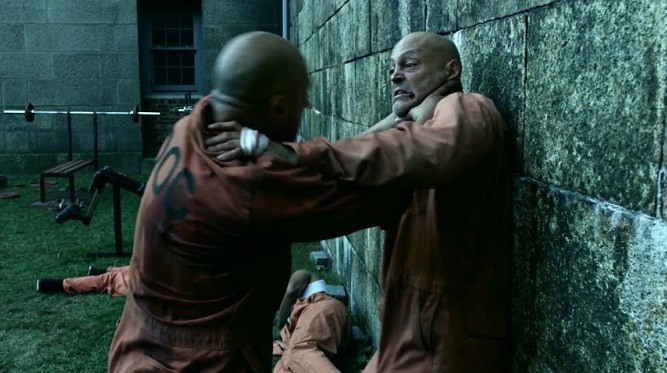 Which brings me to the violence of the film. This film is cruel and it is brutal in its depictions of arm snapping and skull bashing grindhouse prison fighting genre action. I’d seen Zahler’s last film “Bone Tomahawk” a western horror film in which Kurt Russell, Richard Jenkins, and Patrick Wilson are settlers besieged by a crude sect of Native Americans that brutalize those they take captive. I personally wasn’t a fan of that film, even though it had it’s merits in performances and cinematography. The senselessness and depressing void of morality that encompassed the film, especially its ending, wasn’t something I enjoyed. This film however, changes the tone in its ultimate notions of justice and victory. I won’t spoil anything regarding the final act, but it’s a much more satisfying film overall for me personally. You can definitely tell that this film is from the same filmmaker that gave us “Bone Tomahawk” though. Both films are quiet in nature until they burst with unchallenged sounds, startling the auditory senses. This story also puts our lead through many hurdles and hoops of suffering. As a former boxer in his youth Bradley came slightly more prepared to his round of unjust brutality than the settlers of “Bone Tomahawk” were for their suffering to come. 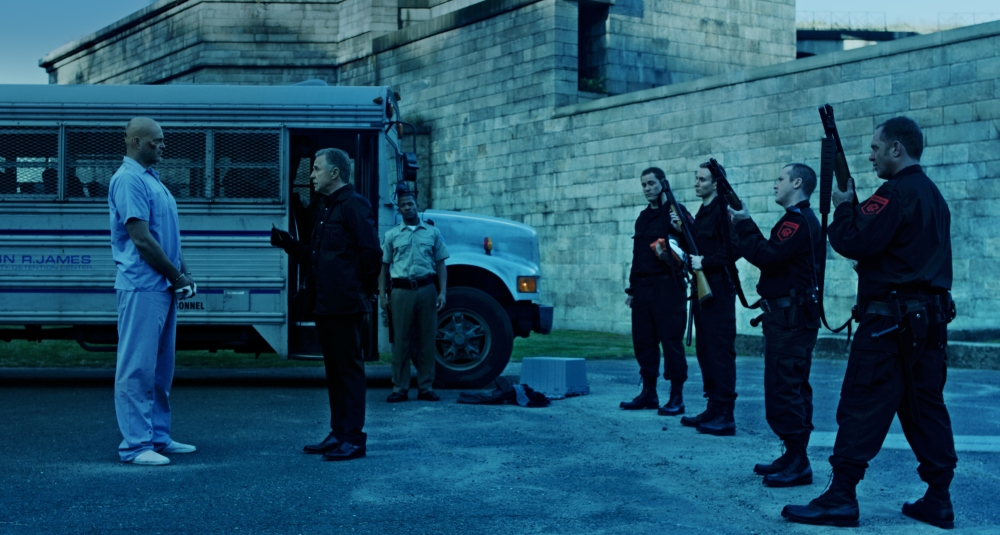 This film is an entertaining piece of genre fair, though not all will enjoy it. It’s not incredibly high on my list of favorites from 2017, but it was a unique offering for sure. Vince Vaughn effectively shows us a man backed up against a wall, fighting for his family’s freedom any way he can. Even if that means becoming a person that he doesn’t see himself as. There’s also a fun scenery chewing performance by Don Johnson as the final warden that Bradley faces. If you’re okay with extremely brutal violence and the grindhouse style of films, then you might enjoy this. If anything else it’s just another way to pass the time this winter.