Written by Joe Robert Cole and Ryan Coogler and directed by Coogler, “Black Panther” is the 18th movie in Marvel Studios’ sprawling universe of superheroics and T’Challa (Chadwick Boseman) takes center stage as the titular Black Panther whilst being surrounded by an impeccable cast. This weekend marks a significant debut for representation not only in the Marvel Studios Universe, but for superhero films in general. We’ve had previous superhero movies starring African American leads like Wesley Snipes in “Blade” and its two sequels. There was also “Steel” starring Shaq, “Hancock” starring Will Smith, and the oft derided “Catwoman” starring Halle Berry amongst a few others. This is a different film though, one that doesn’t tiptoe around various injustices, but rather it makes those questions of morality and the adverse effects of colonialism the beating heart of conflict in the film. This film also doesn’t just recognize Africa, the film took great efforts to ingrain the fictional country of Wakanda into the real world setting of Northeastern Africa. 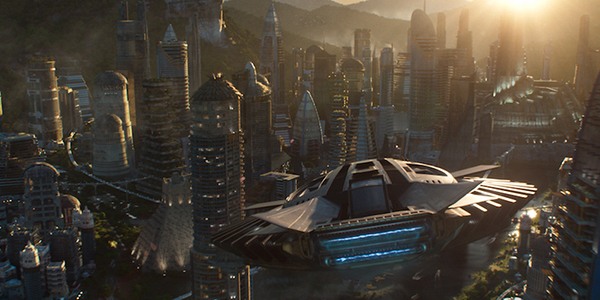 Which brings me to what I believe is the greatest asset of the film, the incredibly effective world building that went into realizing Wakanda. The filmmakers’ crafted Wakanda as a place that felt as if it had existed untouched and unfiltered by time, hidden by superior technology granted by a chance vibranium meteorite crashing into Wakanda ages ago. Sprawling cityscapes depict a fascinating version of Afrofuturism unleashed in the bustling merchants district alongside the wide and open plains under the watchful eye of W’Kabi (Daniel Kaluuya) and the border tribe, there’s even a mountainous wintry region ruled by the Jabari tribe who are staunchly against the rule of T’Challa, chief among them being their leader M’Baku (Winston Duke). Along with the River tribes and the vast and intricate mining facilities, Wakanda feels like an interconnected country with a long history and that’s a feat that the filmmakers should be praised for accomplishing so efficiently. 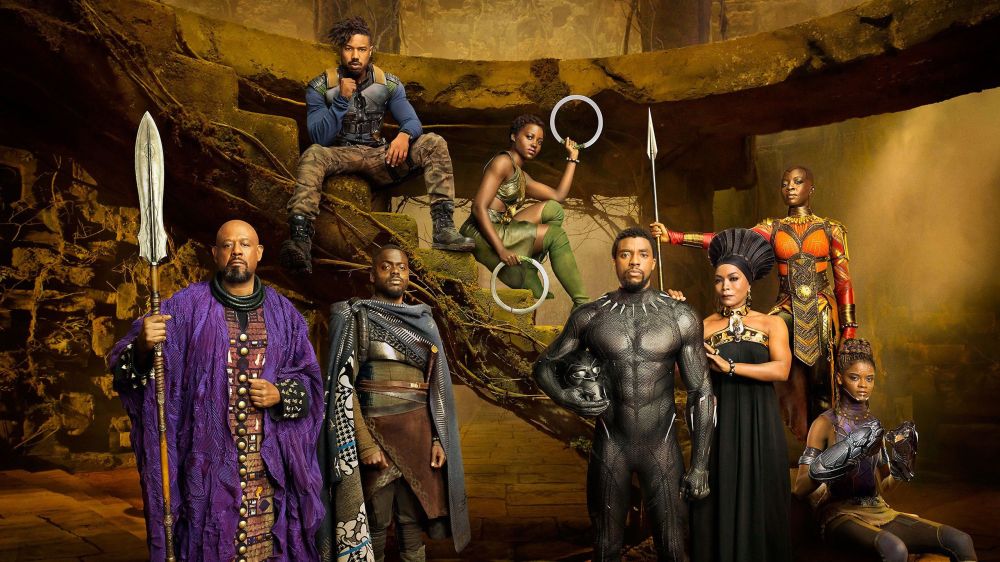 Another way that “Black Panther” stands out from the crowd is in its sense of community. There’s a balance between tradition and futurism that affects all those who live in Wakanda, but especially for those who lead among the isolationist nation. It is here between the pendulum of modernity and tradition that T’Challa has his conflicts within the film, but it has a rippling effect on all of the characters in some form. Okoye (Danai Gurira) the general of the royal guard, the Dora Milaje, and Shuri (Letitia Wright), T’Challa’s brilliant younger sister and head of the technological prowess of Wakanda, both perfectly exemplify this bridge between conflicting ideologies. Okoye is bound to a strict interpretation of tradition within the Dora Milaje-even after unspeakable acts (I’ll try to keep spoilers at bay) have taken place, she must fufill her duties to the throne. Whereas Shuri is bound to the future inherent in Wakanda’s tech, she is always looking to the next update or upgrade. Though Lupita Nyong’o’s  Nakia may be more of a divergent spirit in this sense. Nakia’s background in espionage and her former relationship with T’Challa provide her with a character that’s willing to break from tradition when its logical to do so. It is this divide that drove T’Chaka’s, (John Kani) brother N’Jobu (Sterling K. Brown) towards his revolutionary tendencies and the crux of the film’s conflict; should Wakanda open itself up to world and aid those worse off with their great technological feats? Or should they stay unconquered and safely hidden from the world? The film deftly handles the question of how the previous generations handled the world, in all it’s beauty and tragedy, and whether or not they were right by their actions.. or damned by them? Michael B. Jordan’s Killmonger is the literal formation of these past demons come to haunt T’Challa, the new King and Black Panther of Wakanda.

Perhaps the single greatest part of this film is its villain in Eric Killmonger. Motivated by the death of his father as a child and abandoned in America, Killmonger pursued his interests with a lethal tenacity and never let a soul intercept his goal of invading Wakanda. Like his father before him Killmonger is a violent revolutionary in the spirit of Magneto, seeking to liberate those who were besieged by history’s injustices. Michael B. Jordan excelled in crafting an adversary whose intentions never wavered, and more importantly, he made Killmonger a layered individual with purpose behind his eyes. His goals, while extreme, can be understood. However since he’s a violent and careless individual we naturally side with T’Challa’s approach, but Eric’s a tragic character whose anger comes from a very real place. 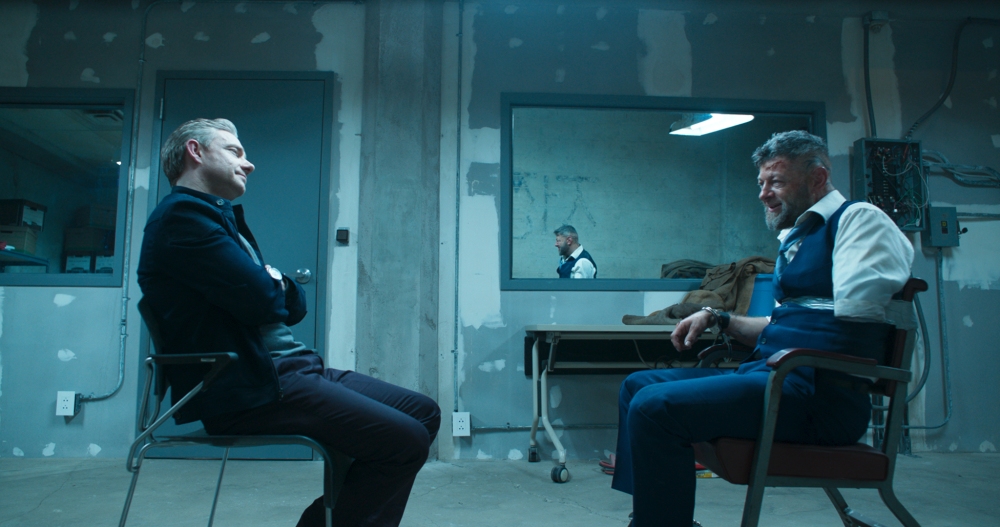 I have to say that I quite enjoyed the film overall. The film is the first since “Doctor Strange” in the MCU to have so few connections to the wider MCU canon and that’s a benefit to this story. There was no need for a Stark reference or even a Captain America cameo for this film to work within the structures of the MCU, it had enough to juggle without needless and contrived studio mandated team ups (though I do love it when it works well in other movies!). As for the two white guys in the movie, I really enjoyed Andy Serkis getting to work without being covered from head to toe in digital garb or practical effects and make-up, his Ulysses Klaue (sounds like Klaw) was a scene chewing performance well worth the time spent with him. The other melanin deficient character was Martin Freeman’s C.I.A. agent Everett Ross revived from his “Civil War” role and plopped into this film without feeling misplaced or ill advised. The film as a whole was a great time at the theater and I look forward to seeing how these events change the MCU from here out!

Final Score: 1 Prince and 1 Pauper (Seriously, just go see it- you don’t need my arbitrary and baseless scores to know whether or not you’re interested in this film)