Written by Debra Hill and John Carpenter and directed by Carpenter, “Halloween” is a cinematic pillar of the Horror genre and typically recognized as the first film in what would become the Slasher sub-genre that would dominate horror films over the next decade. Since there’s a new sequel out now that ties itself so directly to the DNA of the original haunting film, I figured now would be as good a time as any to squeeze in a quick recap of the first night he came home.

Admittedly, there’s not much more I can add to the long gestating conversation surrounding the original “Halloween”. It’s a brilliantly simple premise executed with precision and a deft guiding hand with Carpenter at the wheel. Michael Myers instantly became iconic and inspired hundreds, if not more, of homages and send-ups from across the country and the world over time. The tale of Laurie Strode (Jamie Lee Curtis), the first “final girl”, is one buried in anxiety and nightmarish fear. The film ingrains in the audience a slow burning sensation of being watched, pursued, and hunted by the shape of evil in human form. Carpenter’s cinematography, sound design, and score all heavily add to the thick atmosphere that permeates the frame.

The two performances that ground the film, while simultaneously elevating it, are that of Jamie Lee Curtis’ Laurie and Donald Pleasence’s Dr. Loomis. In a somewhat ironic event Curtis imbued Strode with enough character and personality that she escaped what would become the tropes of becoming what her character inspired in so many slasher horror genre films over the next twenty years. Maybe she was more memorable because she was one of the first of her kind in cinema, but I like to think there’s more to it than that. The addition of Jamie Lee Curtis to the cast also brought a bit of film royalty to the production as her mother was Janet Leigh, most well known for her starring role as Marion Crane in “Psycho” eighteen years prior. Pleasence himself was an English actor with a lengthy and prestigious career, he was the original Blofeld in the James Bond films after all. Much like “Star Wars” casting several well known prolific English actors in Alec Guinness and Peter Cushing in their first film, “Halloween” benefits greatly from his contributions. As Dr. Loomis, Pleasence is mostly cornered into exposition and giving dire warnings about the threat of Michael Myers, but damn, he does it with a serious yet tempered skill. His concern of the potential threat really gives us pause the next time Myers appears onscreen. 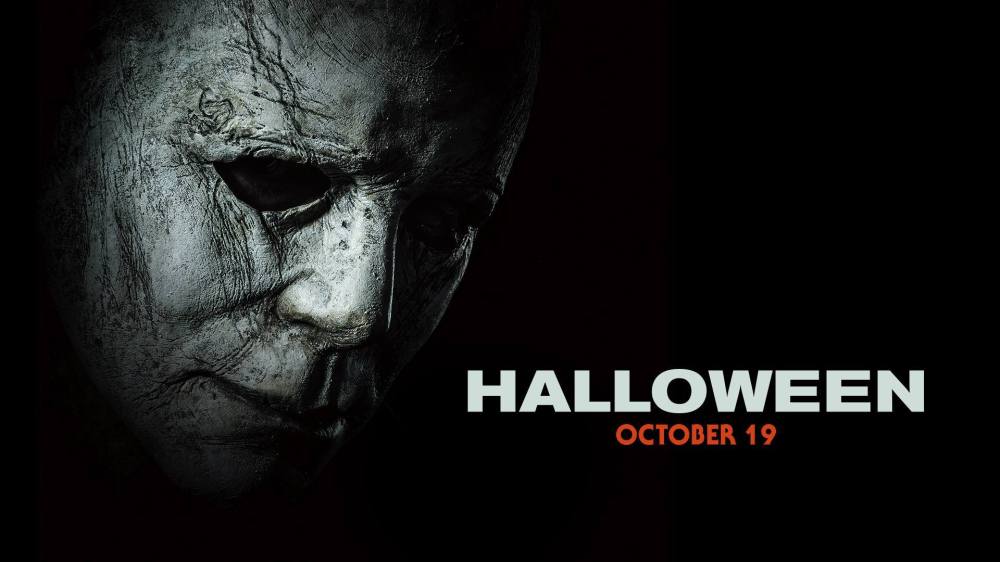 Written by Jeff Fradley, Danny McBride, and David Gordon Green, and directed by Green, “Halloween” sets itself up as the direct sequel to Carpenter’s initial haunt with The Shape. Getting Jamie Lee Curtis and Nick Castle to reprise their roles as Laurie Strode and Michael Myers was the absolute core of this film, if this hadn’t happened- this sequel would plainly not exist in any serious fashion. The seven original sequels and two remakes by Rob Zombie in the forty year interim have been completely disregarded and cast aside by this latest film in the seemingly never-ending franchise. Gone are the explanations and reasoning behind why Michael Myers does what he does. He is no longer the brother to Laurie, he isn’t a cursed soul, no Celtic mysticism, and Laurie isn’t dead either. This film was an attempt to return to the simple and powerful nature of that first film and I think it captures that spirit fairly well. It’s probably the best of everything that came after Carpenter’s original film.

This isn’t to say there aren’t some weak links here though. Some characters exist only to literally move the plot along at times, and some won’t like the twist that takes place somewhere near the beginning of the third act (no spoilers here), and although I’ve heard that many had issues with the humor in the film- most of it worked for me. I don’t want to over-explain this film because it’s simplicity keeps things moving at a relatively quick pace and going into too many details would be a bit of a disservice, on my part. What I can say is that when the movie is firing on all cylinders, it works magnificently. It’s raw, unnerving, and brutal. The score, once again crafted by John Carpenter with some help from his son as well, is insanely effective here. There are flashes and rhythms of the original score with the iconic theme but it’s never over utilized. Jamie Lee Curtis is the framework of the film- her dedicated performance ties everything together with realistic portrayals of decades of anxiety and traumatic paranoia. She’s effectively crafted a layered person under all the nightmare fueled preparation that Laurie’s been up to these forty years. Nick Castle returning as Myers was the other necessary pillar of the film, and while this may be a character without a voice- his physicality speaks volumes. He made the horror icon a terror again. If you haven’t seen the new “Halloween” yet, this is the perfect weekend to give it a shot- especially if you’re a fan of the original film as the filmmakers themselves were and they’ve thrown in plenty of visual throwbacks to that first Slasher film. Happy Halloween everyone!